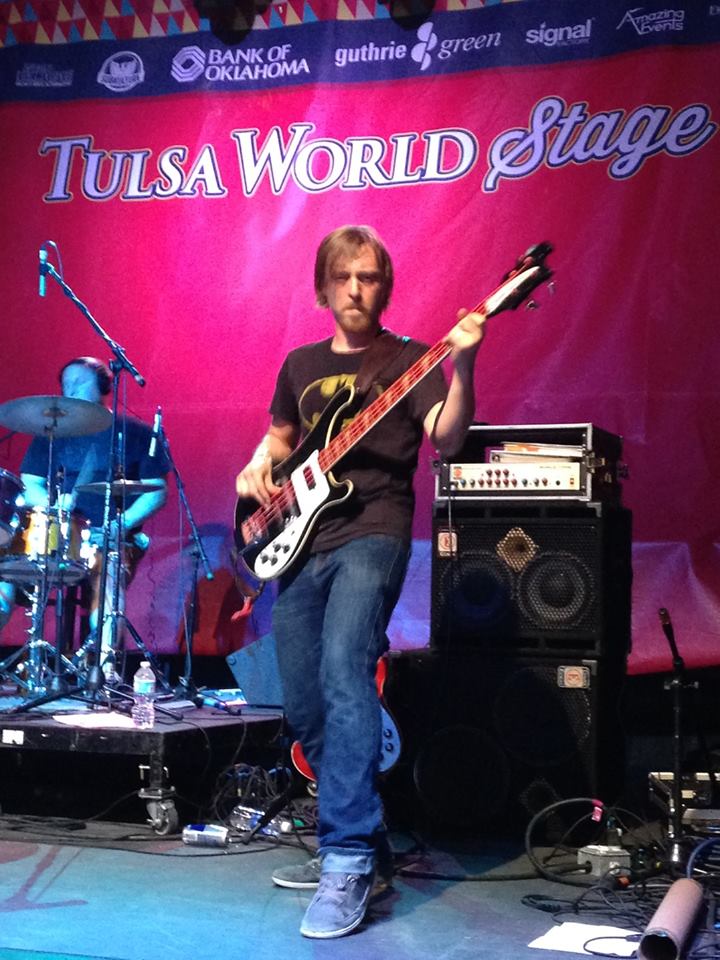 "Bartolini Pickups retain my '75 Ric's classic sound, but leave out all the hum. Better than the original."

For Matt Hayes the role of bassist means being the ultimate creative and conductorial support. “It’s all about the music, listening and being able to see both the small phrases and the overall score and being there to back (the musicians) and help guide the piece,” notes Matt from his Tulsa, OK home. “It’s more about an amazing song that makes people get up and dance, rather than a cool bass line….”

Twenty-seven year old Matt Hayes was born and raised in Tulsa, OK, raised on the sweet sounds of Tulsa’s own eclectic and energetic music scene. Matt started playing trumpet at the age of ten and took up electric and double bass at the age of thirteen. He went on to study music at the prestigious New School University, in New York City. Over the course of his eleven-year career, starting at a young sixteen, Matt has worked as a performer, composer, arranger, music director, and instructor, resulting in a reputation for being a “reliable and prepared professional to the T.”

Currently Matt plays bass full time for Wayne Newton and rising star Eric Himan. He also enjoys an active freelance career in the Oklahoma area, covering everything from travelling musicals to club dates to high-end corporate events to recording sessions. Funk-jazz group What’s That?, the Annie Ellicot Trio, Kristen Hemphill, and the Jared Tyler Band are just a few of the groups you can see Matt playing bass for in Tulsa.

In Matt’s short but extremely active career he has toured all over the US and Europe and played countless sessions in Tulsa and New York. For two years Matt toured with the internationally known jazz outfit, the Jacob Fred Jazz Odyssey and was one of the founding members of the Royal Potato Family subsidiary label, Kinnara Records. Matt also regularly plays with the Henry James Orchestra when they are in the Kansas, Oklahoma, Texas, and Missouri areas. Matt is currently endorsed by Eden Amplification, Hipshot Products, and Bartolini Pickups.