Playing bass guitar since the age of 14 Lorna Thomas has formed a bass sound with elements of all her inspirations which include John Taylor, James Jamerson, Bernard Edwards, Carole Kaye and Gail Anne Dorsey to name but a few.

Lorna has earned the reputation as one of Scotland’s finest female bassist. A versatile musician and vocalist, she is in high demand for studio recordings and live tours.In 2011 she was featured in the online bass magazine ‘No Treble’ as one of the top 10 Spotlight players for that year and in 2018 saw Lorna interviewed for Bass Guitar Magazine UK & USA. A collaboration with dutch bassist Rosan Assmussen at the end of 2020 resulted in their video of Dean Town by Vulfpeck reaching No.5 most watched videos by No Treble.

Drawing on her versatile musical background and extensive studio experience, Lorna’s natural emphasis on recording and performing brings out the unique qualities in each artist she works with. 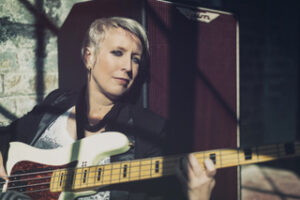 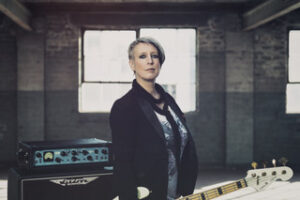 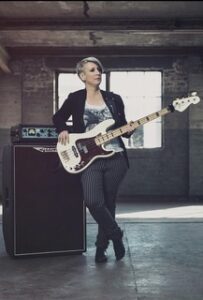