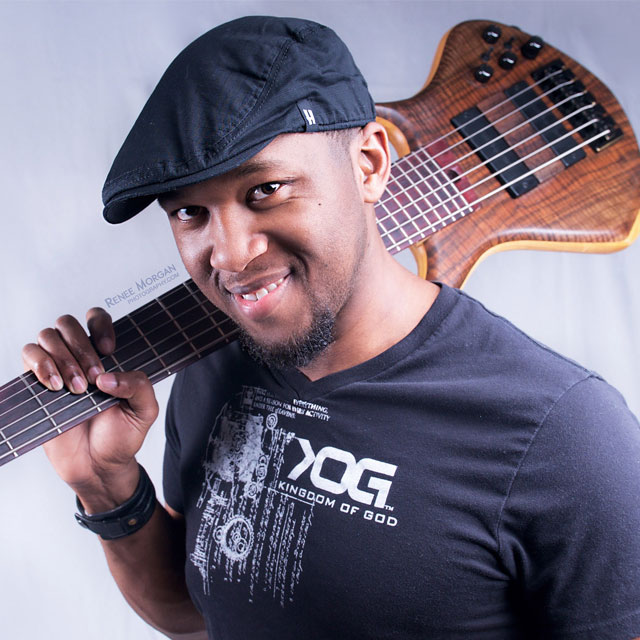 "There are many Religious as well as Jazz influences in my music which work together to create a unique and soulful sound. Bartolini has always been a huge part in helping to grow and develop that unique smooth sound that people have grown to know."

Jermaine Morgan is a very versatile musician and producer from a very musical family. Jermaine started playing guitar at the age of 12 and later picked up bass around 15. He later studied music at Itawamba Community College and continued his musical studies and earned a Bachelors in Commercial Music (Recording) at the University of North Alabama. In 2006 moved to Atlanta GA to complete an internship at Doppler Studios, where he met and begin to work with many artists. Now Jermaine is currently Music Director at one of the largest Mega Churches in Atlanta GA, New Birth M.B. Church Lithonia GA. He is also a live and studio musician, he plays Gospel, Contemporary Christian Music (CCM), Jazz Fusion, Soul, R&B, Country and almost any genre you place in front of him. Jermaine is also an accomplished song writer and producer working with and writing for Gospel Greats like Ricky Dillard and Canton Jones to name a few. Over the last 7 years Jermaine has released several solo bass albums: The Journey Continues, Life, and Grooves and Ideas… and is currently working on his latest album.

Jermaine generally uses Logic when recording and producing Music. “ I enjoy Logic because I use many virtual instruments when I’m creating, and Logic makes the creative process easy for me!”

Jermaine Currently teaches over 14,000 up and coming bass players via YouTube and his own personal website http://www.jermainemorgan.net/ where he offers virtual bass courses. He also travels and does clinics when asked to share his bass expertise and experience.

Jermaine is really big on community and helping to reach the youth. Although he resides in Atlanta GA, there’s still a great deal of concern for the youth back home in MS as well as where music appreciation is headed in that area. As a result of this he decided to be proactive and do something about the situation by becoming the founder of Chickasaw County Instrumental Music Festival (CCIMF) http://ccimf.net in Houston Ms. As well as several other charitable events in Northeast Ms including Shed for a Cause http://hopethatgives.org/shed-for-a-cause/ and Music Matters http://hopethatgives.org/music-matters/.

Jermaine Morgan hopes to inspire, influence, and encourage others through his music.