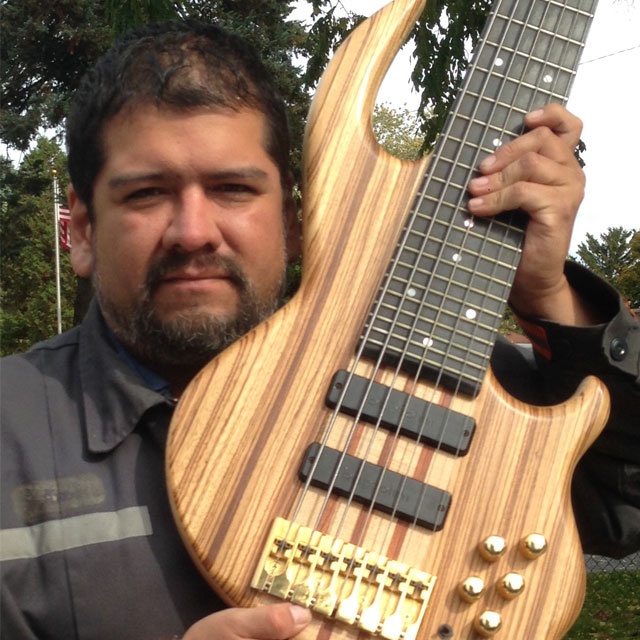 "Bartolini Pickups and Electronics give me that “Holy Grail” Tone I’ve always been searching for. Nothing else will do."

Played music for 22 years. Started playing at age 10, learned to play by ear soon after. Although my first instrument was a guitar, I always wanted to play bass. This was influenced by Gene Simmons of KISS since I loved Rock music since age 4. Finally got my first bass at age 13, just what the doctor ordered. One month after that, I joined my first band “Stonehenge”. I was still influenced by Rock music and the technical aspect of playing. I wanted to be able to play with the technical prowess of all of my influences at the time. It was this hunger for technique which led me to Jazz music. Jazz opened up my ears and mind/soul to a new way of feeling music. Jazz showed me how to feel Romance, Sadness, Happiness, and all of the emotions any person would feel in life. It was then clear to me that I was meant to play how I felt, and those who heard my music would not only hear the music, but feel it as well.