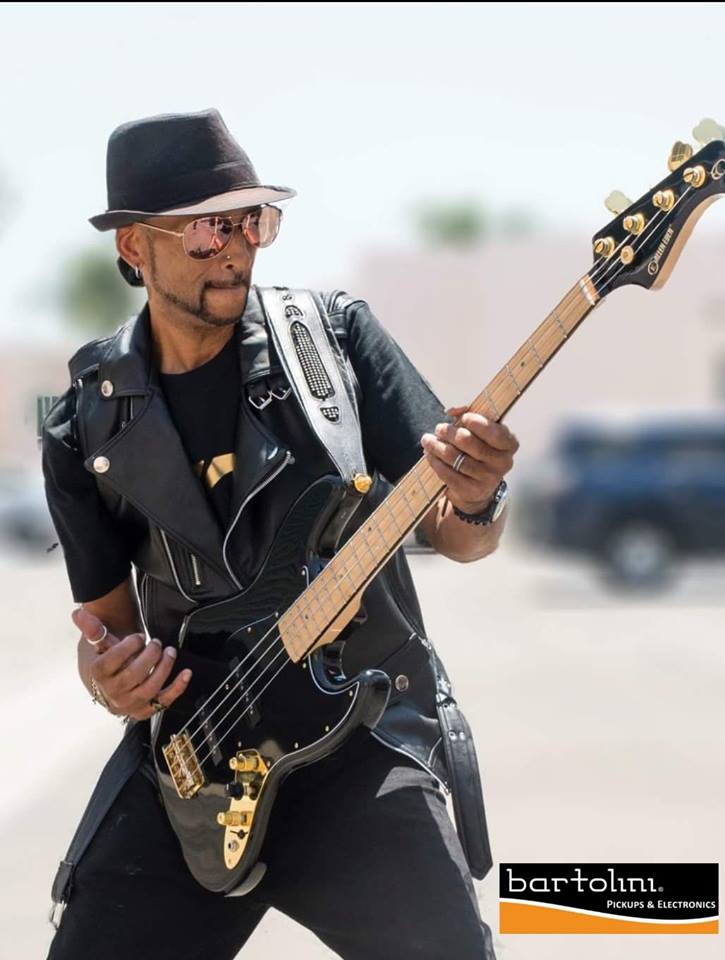 "My fans always ask me about my tone. My b-axis pickups give me that growl I love to hear through the sound systems clear and punchy"

Singer, songwriter, virtuoso bass player and master of the stage Eric ‘EQ’ Young is truly a performer for the soul. A native of the San Francisco Bay Area, his Grandfather gave Eric his first guitar at eight years old, missing a string, but undeterred, Eric taught himself to play by ear, imitating Sly Stone’s mixture of sound, Eric quickly became a self taught, intuitive musician. Growing up in the Northern California Bay Area gave Eric easy access to live performances of Tower of Power, Frankie Beverly and Maze, Whispers, The Escovedos, Santana, Pointer Sisters and many soul legends, their example pushed Eric to develop his own unique brand of showmanship. It was listening to Sly Stone bass player Larry Graham that inspired Eric to learn bass and study music composition, despite the attractiveness of the music industry and through the firm guidance of his mother Eric finished High School and was rewarded when he was asked to join a band called Radiance. They developed a huge local fan base in the Bay Area, and was quickly signed up by legendary producer Quincy Jones. In 1993, Eric appeared on “Soul Train” with another of Quincy Jones’ signed groups, Force One Network, host Don Cornelius was instantly impressed with Eric’s perfect smooth performance and he dubbed Eric “EQ,” which lovingly become Eric’s stage name. Rubbing shoulders with the elite of soul and funk only made ‘EQ’ work harder; his collaboration resume of funk icons is as long as it is impressive. Eric has worked with everybody from George Clinton and Parliament to Alexander O’Neal. In the early 1990s the manager of Billboard Chart veterans Con Funk Shun, approached Eric with an offer to play guitar, within a year, Con Funk Shun had reformed, giving Eric and opportunity to return to his first love – the bass – and a relationship with Con Funk Shun has continued now for two decades. As of 2013, Eric’s career took on a brand new lease of life, when he stepped back into the spotlight as a solo artist for the first time in 25 years. Eric’s stellar EP “Just 4 You”, offered eight tracks of tantalizingly sweet, sexy, soulful music, peppered with influences from Rock, Salsa, Gospel, Pop, Jazz and R&B. The lead single “Never Stop Loving” quickly rose up the Billboard Top 25 Hot Singles Sales Chart and smashed the Top 10 Billboard Hip Hop and R&B Singles Sales Chart at number 9. His new found success is a testament to how this veteran showman has never stopped believing in his natural gift as a born entertainer. The year also brought Eric good fortune in the form of a distribution deal with San Rafael, California Independent record distributer City Hall Records, it was a perfect fit considering Eric has worked with many of the artists already distributed by City Hall, from legends like Funkadelic and Bar-kays to Dazz Band. For 2014 the future looks bright, with not only a Grammy nomination for the “Never Stop Loving” single, but also philanthropic opportunities closer to home. Eric is a performer with a huge conscience, driven by a passion to help and heal through his music; he has performed overseas for the troops and is currently helping establish music programs for schools with the Oakland Boys and Girls Club and the San Jose City. Eric ‘EQ’ Young is a man of honor and integrity as well an incredible showman and talent, in a world of flash in the pan artists and quick fix disposable pop culture; EQ is a solid as they come, a rare musician who connects with his audience on a personal level, putting smiles on faces is what he loves to do. A new level of industry recognition, Billboard-standard professionalism, and worldwide performing experience is set to motivate Eric for a brand new year. Eric ‘EQ’ Young’s sincere talent is the breath of fresh air that the music industry needs. 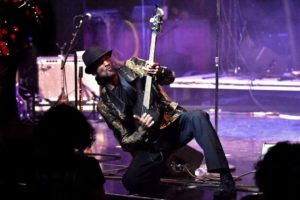