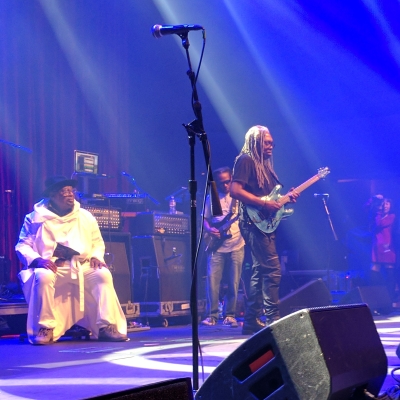 "The guitar sounds absolutely great!! Thank you very much for your all your time and help Clyde!!!!!!!"

DeWayne “Blackbyrd” McKnight (born April 17, 1954) is an American guitarist. He was a member of The Headhunters, a jazz-funk fusion band from 1975 through 1978 and Parliament-Funkadelic from 1978 though 2008. He served briefly as guitarist for the Red Hot Chili Peppers after the death of Hillel Slovak in 1988 though was quickly replaced by John Frusciante.[3][4] He also played briefly with Miles Davis in 1986. Currently playing with Parliament-Funkadelic.

Blackbyrd McKnight encompasses many styles of music to make up what he calls “Progressive Funk-Rock”.
Blackbyrd was grooved in the cradle by his father’s broad collection of jazz recordings as an infant, brainwashed by Jimi Hendrix in his teens, entered the University of Funk in his twenties, and has never stopped evolving and rocking people ever since.  In the early stages of his career, Blackbyrd mainly worked with Jazz musicians, such as Charles Lloyd, Sonny Rollins, Herbie Hancock & the Headhunters, and more. He then redirected his path towards funk when he joined the P-Funk Camp in 1978 and has been funkin people up ever since. He was the musical director of George Clinton and Parliament/Funkadelic from 1980 to 2008. Other than working with P-Funk artists such as George Clinton, Bootsy Collins, and Bernie Worrell, Blackbyrd has also worked with Miles Davis, The Red Hot Chili Peppers, Ron Wood & Bernard Fowler of the Rolling Stones, Bill Laswell, HR of Bad Brains, Macy Gray, Fishbone and Wyzard of Mothers Finest to name but a few.

His first solo appearance in New York with Will Calhoun, Melvin Gibbs and Ronny Drayton at Knitting Factory in September 2007 anticipated his musical movement for the near future, as well as the collaboration with Bernie Worrell to form the new supergroup “SociaLybrium” in 2008. 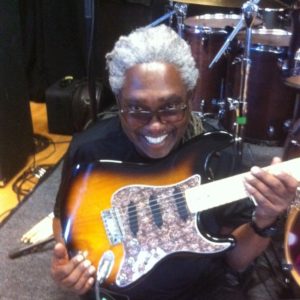 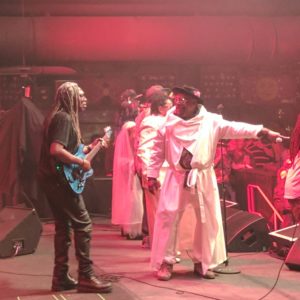 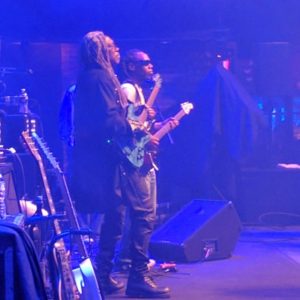