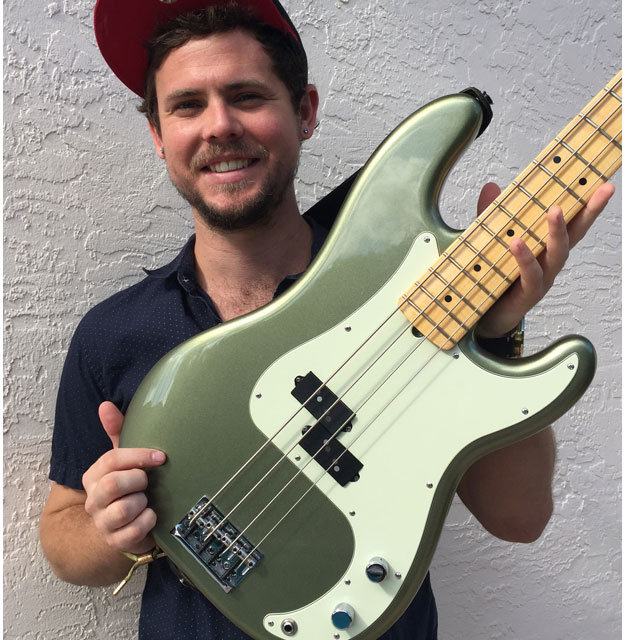 "My B-Axis Pickups give my P bass the tone and texture that I need for any style of music. These pickups provide all my tonal options ranging from classic vintage vibe, to more modern hi-fi sounds.  A must have for your bass"

Andrew Musselman is a jazz bass player and native of Fort Lauderdale, Florida. He obtained his Bachelor of Music in Jazz Performance from Florida Atlantic University in 2011. Since then he was Music Director for School of Rock until 2016 when he left to pursue his original project Tchaa (tchaaband.com). Andrew was a finalist and flew to Brooklyn, New York to compete in the Phil Jones/ La Bella bass contest in 2016. In addition to working and recording with local and touring jazz groups in South Florida, such as Roosevelt Collier, he is the bass player for the Miami Heat Street Band. Andrew is the co-founder and Creative Director for Rock Dreams, a music program he helped develop for children with special needs. Andrew Musselman is an endorsed artist with Bartolini Pickups, Tsunami Cables, and BNJ Guitars of Milan, Italy.